WFRCDD Investigators and Professors of Chemistry & Biochemistry Paul Helquist and Olaf Wiest have been awarded a $100,000 grant from the Ara Parseghian Medical Research Foundation for "Design and Synthesis of Small Molecule Agents for Studies and Treatment of NPC Disease". Much of the work, which includes a group of international collaborators, will be carried out in the Chemical Synthesis and Drug Discovery Facility.…

June is Alzheimer’s and Brain Awareness Month, which seemed a particularly apt time to talk with Rich Taylor, a University of Notre Dame researcher whose research focuses on the discovery and development of new therapeutic leads for the treatment of unmet clinical needs in a number of diseases, including Alzheimer’s. Taylor is associate vice president for research, professor of chemistry and biochemistry and interim director of the Warren Family Research Center for Drug Discovery and Development.

The Community forOpen Antimicrobial Drug Discovery (CO-ADD) is a Wellcome Trust funded, non-for-profit, openframework for discovery and development of new therapies against multidrug-resistant (MDR) bacteria (www.co-add.org) based at The University of Queensland in Australia.

CO-ADD will perform primary antibacterial screening for academic research groups as a free service and makes no claims on results or IP.…

Rich Taylor, a member of the University of Notre Dame faculty since 1995, is a professor of chemistry and biochemistry in the College of Science. Taylor, who also serves as associate vice president for research at the University, has recently been appointed as interim director of the Warren Family Research Center for Drug Discovery and Development.  Read more...

Seed funding, up to $10,000, and advice is available for researchers seeking to develop early stage drug discovery projects.

The Molecular Therapeutics Program, a part of the Indiana Clinical and Translational Sciences Institute, seeks applications for a competitive program that will provide funds and essential consultation to support the early stage development of therapeutics. This opportunity is provided in concert with the newly established Indiana Drug Discovery Alliance (IDDA), a clearinghouse for drug discovery and development resources at the Indiana-CTSI member institutions of Indiana University, Purdue University and the University of Notre Dame.

Warren Family Center initiated the creation of an international team of researchers focused on the search for small molecule therapeutics for NGLY1 deficiency in collaboration with the Grace Wilsey Foundation.… 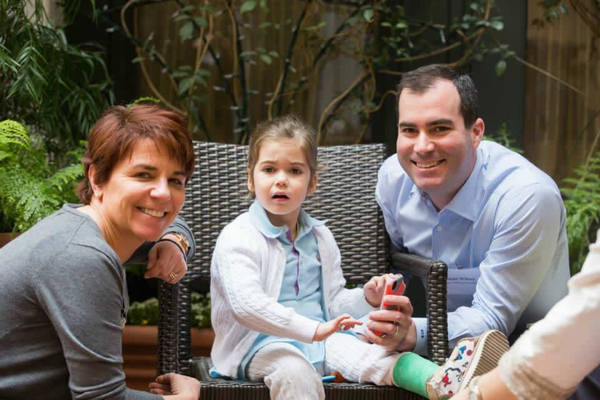 A team of researchers led by Shahriar Mobashery and Mayland Chang at the University of Notre Dame has discovered a promising new antibiotic, a vital weapon against disease as pathogens evolve to develop resistance to long-used drugs.

The William K. Warren Foundation of Tulsa, Okla., has made a $3.5 million gift to the University of Notre Dame that, combined with a previous gift valued at $6.5 million, will endow the creation of The Warren Family Research Center for Drug Discovery and Development in the College of Science.