Rare Disease Day takes place annually on the last day of February. Its goal is to raise awareness amongst the general public and policy-makers. Global Genes maintains the RARE List™ of 7,000 rare diseases defined in the United States where a prevalence of less than 200,000 cases is the primary criteria. With about 25M Americans affected by a rare disease and the potential to increase our understanding of more common afflictions, rare disease research is a key to better health for all of us. 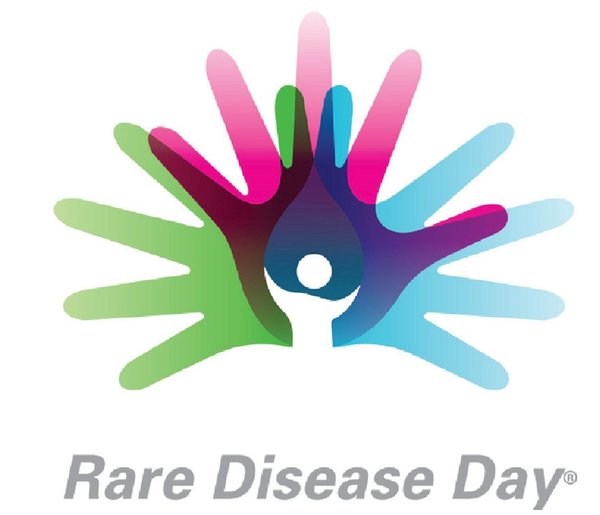 Rare disease research towards therapeutic discovery has rich history at the University of Notre Dame and was the impetus for the creation of the Warren Family Center for Drug Discovery & Development.

Niemann-Pick Type C disease is a rare lysosomal storage that affects young children and is typically fatal. A team of researchers led by Professors Olaf Wiest and Paul Helquist for Notre Dame’s Department of Chemistry & Biochemistry, and Fred Maxfield at Cornell Weill Medical College, uncovered evidence that histone deacetylase inhibitors (HDACi) have the ability to improve cholesterol trafficking in NPC-mutant cells. This collaborative effort continued to progress and HDACi are now the subject of a proof of concept clinical trial. Professor Wiest has recently established a collaboration with Dr. Silvana Zanlugo at the Pontificia Universidad Católica de Chile to explore combinations of drugs in NPC models. Dr. Zanlungo previously discovery that the anti-cancer drug, Gleevec, has activity in NPC models. Warren Center Acting Director Rich Taylor (Department of Chemistry & Biochemistry) have identified a unique set of compounds that are capable of restoring cholesterol trafficking in NPC mutant fibroblasts at low nanomolar concentrations significant below that observed with HDAC inhibitors. These results may have also identified a novel mode of action for the treatment of NPC as well as other genetic diseases. These compounds are now being evaluated in mice models of NPC in collaboration with Professor Stephen Sturley at Columbia University Medical Center. Profesor Kevin Vaughan is studying the role of protein StaRD9 in NPC disease through the development of StaRD9 mutant animal models. NPC research at Notre Dame and the HDACi clinical trial are being supported by Notre Dame College of Science, the Ara Parseghian Medical Research Fund, and the National Institutes of Health.

Due to the Center’s previous experience leading rare disease collaborations, the Grace Science Foundation connected Warren researchers with Retrophin, Inc. and established a collaboration focused on identifying a treatment for NGLY1 deficiency, a rare genetic disorder. The condition is characterized by a variety of symptoms, including global developmental delay, movement disorder, seizures, and ocular abnormalities. Enabling this effort, the Grace Science Foundation has provided support to Retrophin to enable collaborative discovery efforts, with researchers in the Warren Center, that aim to validate and address a new molecular target that may be relevant to NGLY1 deficiency. Professors Richard Taylor, Bruce Melancon, Tony Serianni, Matt Champion along Helquist and Wiest are leading this effort with the Center.

Enabled by the generous gift from the Reisenauer family, Warren Family Research Center for Drug Discovery and Development has initiated a new area of research, focusing on the rare disease, glycogen storage disease type III (GSD-III or Cori disease). GSD-III occurs due to mutations in the AGL gene and a resulting deficiency in glycogen debranching enzyme. Glycogen, a polymer of glucose acts as a reserve of glucose units and a source of energy. However, accumulated glycogen impairs the function of certain organs and tissues which leads to liver dysfunction, skeletal muscle myopathy, cardiomyopathy, and growth retardation. Treatment is currently limited to symptomatic and nutrition-based therapies. The Warren Center has established a collaboration with three outstanding researchers from Indiana University School of Medicine in Indianapolis, Drs. Tom Hurley, Peter Roach, and Anna Depsoli-Roach who have been studying the role of glycogen synthase in the progression of rare diseases, Pompe disease (GSD II) and Lafora disease. The collaboration is currently focused on genetic modifications that alleviate symptoms in mice models of GSD-III. If successful, the Notre Dame-IUSM collaborative team will identify small molecule agents that can do the same in patients.